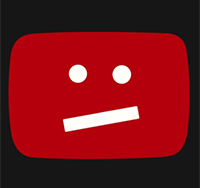 The bans and account suspensions just keep on coming for President Trump. On Tuesday, YouTube said that it has suspended his channel for at least a week, The New York Times reports. YouTube, which has typically been fairly slow to crack down on problematic content, cited concern over “ongoing potential for violence” in the wake of the riot at the US Capitol last week. Trump is already permanently banned on Twitter and banned on Facebook at least until President-elect Biden’s inauguration. In a tweet (oh, the irony!), YouTube’s official Twitter account said that YouTube is also disabling all comments on Trump’s channel indefinitely. The seven-day suspension from YouTube is an “important and necessary first step” that should become permanent, said Jim Steyer, chief executive of Common Sense Media, a nonprofit news media watchdog group. “While it is disappointing that it took a Trump-incited attack on our Capitol to get here, it appears that all the major platforms are finally beginning to step up,” Steyer said.

Sticking with the “You’re fired” theme, Google took things a step further on Wednesday with the announcement that it would again pause political ads on its platforms until after Inauguration Day as a result of last week’s siege of the Capitol. An email from Google to advertisers said it plans to keep the policy in place until at least a day after the Biden transition, according to CNBC. “We regularly pause ads over unpredictable, ‘sensitive’ events when ads can be used to exploit the event or amplify misleading information,” Google said in a statement. “Beyond this, we have long-standing policies blocking content that incites violence or promotes hate and we will be extremely vigilant about enforcing on any ads that cross this line.” Google had previously implemented a temporary pause on ads referencing the general election until after the polls closed on Nov. 3 in an effort to stop the spread of misinformation. That ban was lifted roughly a month later in mid-December.

Parler is certainly not going down without a fight. Days after it got the boot from Amazon Web Services, the conservative social media platform has registered its domain with Epik, a company known for hosting other far-right services, including Gab, Business Insider reports. After last week’s events in DC, Google and Apple removed Parler from their respective app stores for failing to moderate its content and, on Sunday, Amazon kicked it off its servers. Epik said in a statement on Monday that though Parler registered its domain with the company, Parler hasn’t been in direct contact. Although Parler could turn to smaller, lower-profile cloud providers, some in the tech industry say those services might struggle to support the app. Parler’s user numbers surged after Facebook and Twitter banned Trump from their platforms. Parler denies the view that it’s become a haven for the far right, but the fact is that threats related to the Capitol insurrection have thrived on the platform. Parler is suing Amazon for alleged antitrust violations over its expulsion from AWS, as per The Wall Street Journal.

QAnon spread like wildfire on social media. Here’s how 16 tech companies have reacted to the conspiracy theory. [Business Insider]

Over the past year, Netflix faced its greatest competition yet among subscription-based streamers in the forms of Disney+ and HBO Max., Now it’s Hulu’s turn. [Digiday]

NBCU introduced a tool that uses machine learning to offer suggestions to Olympics marketers on how to improve their creative and messaging. [Ad Age]

A month after federal regulators ordered it to disclose how its practices affect children and teenagers, TikTok is tightening its privacy practices for users under 18. [ABC News]

MediaMath is the first DSP to use IRIS.TV’s proprietary ID for prebid contextual targeting on CTV and online video platforms. [Broadcasting & Cable]

Publicis chief diversity officer Ronnie Dickerson Stewart is leaving her post after nearly a year, and the holding company has no immediate plans to find a replacement in that position. [Adweek]